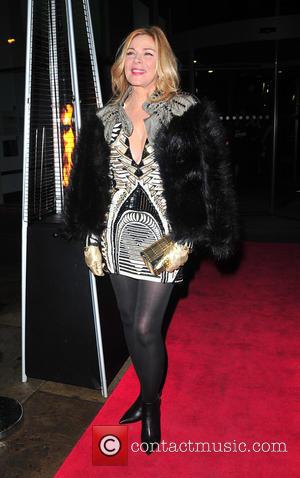 Picture: Kim Cattrall - Kim Cattrall returns to her hometown of Liverpool to accept the International Arts Icon award at The Collective Honours 2014 - Liverpool,...

Kim Cattrall has become embroiled in an argument with a British politician over her involvement in a campaign to save a park in her native Liverpool, England.

The Sex and the City star, who was born in the city, returned to her hometown over the weekend (22-23Nov14) to collect a local award, and she posted a picture of herself in Sefton Park Meadow, an area of green land the city council is planning to sell.

Cattrall was seen posing next to a protest sign emblazoned with the phrase, "Meadows are not for sale" and after her visit, she told the Liverpool Echo, "I love Sefton Park. I was lucky enough to grow up playing there... So it's very sad what's going on right now with the meadows, and I feel that my involvement with that, it feels from my mum as well. I first told her about it and she said 'That's just not right, this is the people's land' and I believe that as well... So I'm very disappointed that the Mayor has made the decisions that he has..."

Liverpool Mayor Joe Anderson has hit back at Cattrall calling her comments "out of context and ill-informed", adding, "It's all very well for a Hollywood superstar to shout from the sidelines, but what does she really know of the issues that Liverpool faces? She may have played in Sefton Park when she briefly lived in the city as a girl, but she left."

Cattrall responded to his criticism on Twitter.com, accusing him of being factually incorrect.