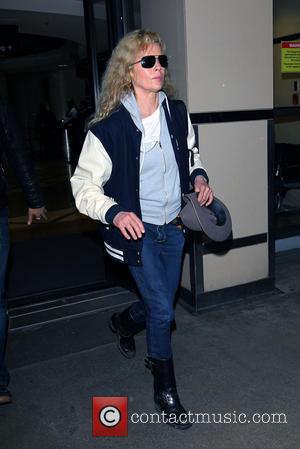 Kim Basinger and Alec Baldwin's daughter Ireland has apologised after she angered fans by donning Native American dress while preparing for Halloween.

The 18-year-old model took to Twitter.com to show fans possible costumes for the annual celebration on Thursday (30Oct13), with one option being the Indian Chief from Disney's Peter Pan.

After uploading a snap of her wearing a feathered headdress and sporting coloured stripes on her cheeks, Baldwin faced a backlash from some followers, who accused her of racism.

She went on to apologise for causing any offence, but angrily lashed out at critics who got personal.

She writes, "Ok everyone. I apologize if my Halloween costume offended you and your culture Personally. However, I don't apologize to a majority... Of you who thought it was necessary to return the favor with a lot of hateful mentions. A Native American costume was An Option at a Halloween store. I respect all cultures and I would never mock one.

"I am Cherokee Indian and I am also well aware of what many tribes encountered in the past. And for some of you pathetic morons to bring my family and other matters into the discussion, you are all sad excuses for human beings. People make mistakes, everyone. I made a mistake and I apologize if it offended."