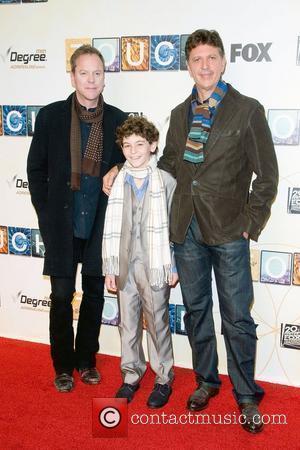 Kiefer Sutherland and his father Donald are preparing to team up once again to star in an upcoming Western movie.
The father/son duo first played opposite each other in 1983's Max Dugan Returns, the 24 star's first movie role, and they reunited on set for 1996's A Time To Kill.
Now, 16 years on, the stars are plotting a new project, which will begin filming later this year (12), according to Donald.
He tells Canada.com, "I am loathe to tell you anything about it. I can tell you it has a temporary title of Redemption, and it's a western, and it's about a father, and a son who comes back, then goes away again."