Sutherland: 'I Could Be Killed Off From 24' 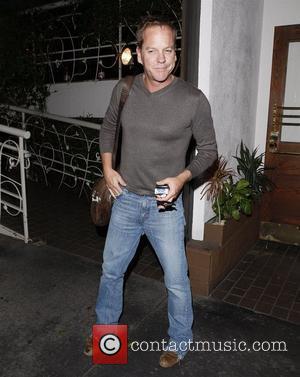 Kiefer Sutherland fears his 24 character Jack Bauer will be killed off - because the hit U.S. show could easily continue without him.
Show insiders are concerned it faces the axe by executives at U.S. TV network Fox at the end of its upcoming eighth season.
As a precautionary measure, producers have written a series of alternative endings in case they are forced to bring the franchise to an early conclusion.
And Sutherland fears he might not survive the chop even if 24 continues.
He says, "All of us, from the actors to writers, understood from day one we are not, and never will be, the heartbeat of the show. If you look at the major characters to have died over the years you know you can be killed off, and the show will get better without you.
"The real star of 24 has always been the concept of doing this show in 'real time'."
But the star admits he wouldn't be very happy if he was written out of the show: "When I go, I'll be going kicking and screaming."