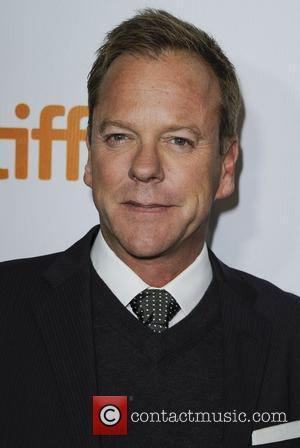 Kiefer Sutherland's teenage daughter has been banned from being a production assistant on her dad's hit show 24 after she messed up a tense scene by yelling in the middle of it.

The actor's daughter SARAH was hired as a PA during a recent shoot, but after she upset her dad by breaking one of his golden rules, he decided that wasn't a job for her.

Sutherland says, "One of the only things that I'm very specific about on our show is that when we actually start to film it has to be absolutely quiet.

"We were working on the second floor of a soundstage and we had all the PAs on the first floor telling people when we were rolling to stop working, to stop walking, to stop talking etc.

"Halfway through a take, for whatever reason, this one PA didn't get the message clearly... and you hear, 'Rolling!' I went, 'Who the f**k... That was my daughter, right?'

"The whole crew finally started clapping because she was the only person who didn't get yelled at from me... We got her a different job."