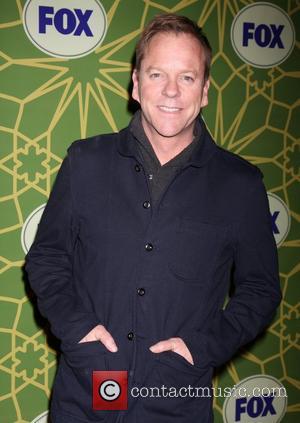 Kiefer Sutherland can't have felt anything but pressure as his first major TV role since 10 phenomenal years spent on '24' aired for the first time last night (26 January 2012). Fans and critics were certainly eager to see how the Canadian actor was going to follow up what has come to be known as one of the iconic TV characters of the 21st century in secret agent Jack Bauer.
'Touch,' which sees Sutherland playing a single father of a mute son who sees things other cannot, aired last night for the first time - and the answer to whether he's managed to follow up what may be career defining role successfully? A cautious yes, according to the critics. Newsday was effusive in its praise, saying the program was "A bit melodramatic, a bit manipulative, Touch is still one of the best pilots of the 2011-12 season to date," and others were similar praiseworthy though understandably a little more cautious given it was the pilot episode. "It's Mr. Sutherland's portrayal of the father--unyielding in his effort to break through to his mute child and grasp what he's trying to say with his numbers--that is the heart of this story, the power likely to sustain this promising enterprise," said the Wall Street Journal, whilst TV Guide said "[Touch is] emotionally compelling but wildly fantastical and undeniably manipulative."
Not all were enthused though, The New York Times commented "The 11-year-old boy at the center of the story has never spoken and is also the show's narrator. It's a perfectly acceptable device, if not a particularly interesting one in this case," whilst the Los Angeles Times weren't fans at all, stating "Ironically, given a show that so clearly wants to touch its audience--from that weighty one-word title on down--we have met, apart from Martin, hardly a single character who incorporates more than the hint of an actual person."