Kiefer Sutherland wishes Freddie Prinze Jr. ''the best'' following his former '24' co-star's verbal attack on him, in which he banded the action legend ''unprofessional''. 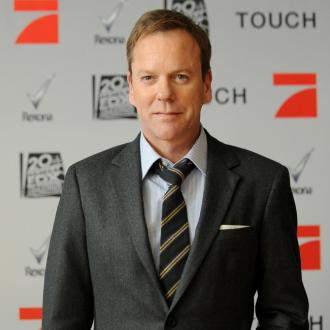 The 47-year-old actor insists he never had a problem with his former '24' co-star - who claims ''unprofessional'' Kiefer made him want to quit acting - and never realised there was a problem between them.

A spokesperson for Kiefer told Fox News: ''Kiefer worked with Freddie Prinze, Jr.more than five years ago, and this is the first he has heard of Freddie's grievances.

''Kiefer enjoyed working with Freddie and wishes him the best.''

Freddie, 38, recently claimed working on '24' in 2010 was a ''terrible'' experience and he thinks other people would share his opinion of Kiefer.

Speaking about his decision to take a hiatus from Hollywood, he said: ''I did '24' ... it was terrible. I hated every moment of it. I just wanted to quit the business after that. So, I just sort of stopped.

''Kiefer was the most unprofessional dude in the world. That's not me talking trash, I'd say it to his face. I think everyone that's worked with him has said that.''