Kiefer Sutherland Turned Down My Own Private Idaho To Go Skiing 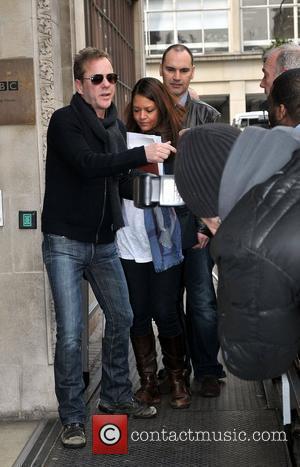 Kiefer Sutherland turned down the chance to star in Gus Van Sant's 1991 movie My Own Private Idaho because he didn't want to cancel his skiing holiday.
The 24 star has revealed movie bosses offered him a lead role in the independent drama but he turned it down because he was more interested in his planned vacation.
He tells Onthebox.com, "I passed on My Private Idaho because I wanted to go skiing and didn't even look at it. I told myself that I needed to stick to my plan... and it was a really dumb plan."
The role eventually went to his late friend, River Phoenix, while Sutherland reveals he also missed a chance to play superhero sidekick Robin opposite Michael Keaton in Tim Burton's 1989 Batman blockbuster.
Robin was subsequently written out of the movie, and Sutherland still regrets turning the job down.
He adds, "I'd just finished Stand by Me and Young Guns about the time that Warner Brothers were making the first Batman film with Michael Keaton and I got a call which asked me if I would be interested in playing Robin.
"I was like: 'As in Robin with tights? No!' I didn't realise they were going to make the coolest movie ever! They didn't have a Robin in the end, but I was only 19 so my agent could have helped me out a bit on that one."