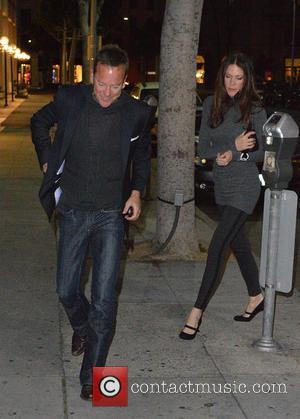 Actor Kiefer Sutherland has given fans of his hit Tv show 24 a boost by insisting he is still keen to turn the drama series into a movie amid rumours the project has been abandoned.

The long-awaited big screen adaptation of the popular action series has been in the works for several years, but director Antoine Fuqua disappointed fans last month (Mar13) by suggesting the film had been shelved.

However, Sutherland remains eager to reprise his role as counter-terrorist agent Jack Bauer, but only if his body is up to the action-packed challenge.

He tells Britain's The Sun, "I want to make the 24 movie as long as I can run - and last week I figured out I still could. I had to chase someone for the first time in a very long time and when we finished the scene, one of the crew said with a wink: 'That felt pretty familiar didn't it? Kind of cool to watch you run again. I didn't know if you could any more'."

The showed ended in 2010 after eight seasons and a 2008 Tv movie, Redemption.