Kiefer Sutherland is planning to start shooting the '24' movie at the end of April, beginning of May - and he revealed it will be a ''direct continuation'' of the TV series. 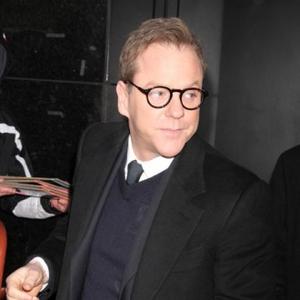 Kiefer Sutherland is planning to start shooting the '24' movie at the end of April, beginning of May.

The actor - who plays government agent Jack Bauer in the show - revealed the film will be set six months after the end of the TV series, which ended in May 2010, and it will be a "direct continuation" of events that occurred during the last few episodes.

He said: "The status on the movie is that, hopefully, we will be shooting the end of April, beginning of May.

"I see it as a continuation. The Script that we've got right now, which I'm very, very excited about, is relatively a direct continuation. It's within six months from the end of the last episode. We'll see where it goes from there."

However, Kiefer explained events in the movie will not be in real time, as they are during the TV show.

He added: "It's two hours, representing 24 hours. The movie is not in real time. It's a two-hour representation of a 24-hour day."