Kiefer Sutherland has confirmed the big screen adaptation of '24' will start shooting next summer when he wraps on the second season of TV drama 'Touch'. 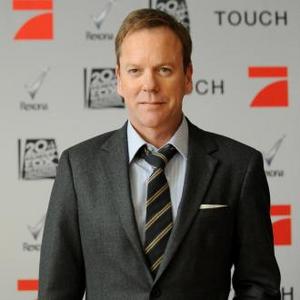 Kiefer Sutherland has confirmed the big screen adaptation of '24' will start shooting next summer.

The 45-year-old actor - who plays government agent Jack Bauer in the TV series - is expecting to start filming the movie when he wraps on the second season of TV drama 'Touch' next year, and he revealed ''timing'' constraints have led to Delays in making the film so far.

He said: ''We didn't have a script ready for that until very close to the end of 'Touch.' We knew we were coming back so there was a very finite window for me to make the film, to try to prep it, cast it and all of those other things. It was just unrealistic for Fox to try and make it, so they pushed it for next break.''

While the series finale of '24' came to a conclusion in May 2010, Kiefer is not worried about waiting too long for the movie to be released and is confident the motion picture will be ''great'' when it finally materialises.

He added to CraveOnline: ''I think we can make a great film. I mean, I don't want to do it with a cane, but we'll see. We'll see what happens.''

The '24' motion picture was originally due to have started filming by now, and in January Kiefer still expected to start shooting the movie this summer, but the big screen adaptation was delayed again.