Filming On 24 Movie Postponed Until 2013

Filming on the big-screen adaptation of '24' has been postponed until next year due to scheduling conflicts and budget concerns. 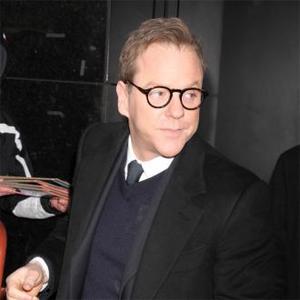 The big-screen adaptation of '24' has been postponed.

Kiefer Sutherland had previously insisted the movie version of the TV series - in which he plays government agent Jack Bauer - would begin shooting this year but his commitments to new show 'Touch' and budget concerns have pushed filming back to 2013, according to Deadline.

A 20th Century Fox spokesperson said: ''We're still working on a script, and hope to make (it) when Kiefer next has time. But this all came down to timing, and seven weeks is not enough time to prep a movie like this.''

The movie - set to be part of a trilogy - was originally scheduled to begin shooting this month with Kiefer coming on board in April during the hiatus for 'Touch' but executives are worried about the short period of time before the TV show stars filming season two and disagreements with filmmakers over the budget.

It is thought that the studio Fox had planned a budget of $30 million, while the filmmakers wanted $45 million to $60 million to create the movie they envisaged.

The picture is being produced by Kiefer with Imagine Entertainment's Brian Grazer while Antoine Fuqua has been approached to direct.

Speaking about the movie previously, Kiefer has said: ''I see it as a continuation. The Script that we've got right now, which I'm very, very excited about, is relatively a direct continuation. It's within six months from the end of the last episode. We'll see where it goes from there.''