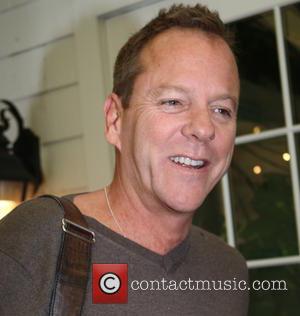 Tv bosses behind Kiefer Sutherland's hit Tv show 24 are considering reviving it without him.

The series returned to screens in 2014 after a four-year absence, and Sutherland reprised his role as action hero Jack Bauer for the limited edition run, which was shot in and around London.

However, the actor has since cast doubt on whether he will return for any more seasons, and producers have now revealed they are exploring the option of going forward with 24 without Sutherland's lead character.

Speaking during the Television Critics Association's winter press tour, Fox Tv executive Gary Newman told reporters, "We would love nothing more than to do another 24. That's a constant focus for us."

His colleague Dana Walden added, "We have discussed it with him (Sutherland). Potentially, he won't be in this installment, we're not sure yet. We're not that far along but I know he supports us doing more 24. We're not talking about continuing the show without him; we're talking about whether there's one installment that he's not in."