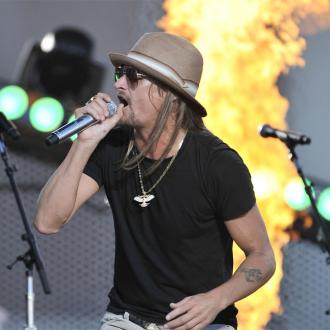 Kid Rock says Justin Bieber will have a ''very long ride down''.

The 42-year-old musician - who previously claimed Justin will go off the rails - has once again hit out at the 19-year-old singer, claiming he has never had a hit and saying he is on a downward spiral.

He told DJ Howard Stern: ''Tell me if this is wrong. Justin Bieber [is] 100 per cent like watching Vanilla Ice all over again. It's exactly the same.

''The kid's young, he's got some money, he's got the world in his hands, it's just kind of sad to see him go down this trajectory. It's going to be a very long ride down. We all know the story. I kind of feel for the kid, to be honest with you.''

When Howard pointed out that Vanilla Ice was a one hit wonder, Kid replied, ''As soon as Bieber has a hit, he'll be like Vanilla Ice, then.''

Kid Rock previously hit out at the 'Baby' hitmaker, saying fame will eventually take its toll on Justin and he will embrace the darker side of celebrity.

He said: ''It's just a matter of time before someone puts a huge line of cocaine in front of Bieber and he's going to be like, 'Yes! This is f**king awesome!' ''