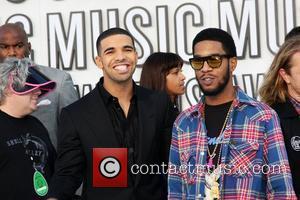 Rapper Kid Cudi is launching a rock career - because he no longer feels "passionate" about writing hip-hop songs.
The Day 'N Nite hitmaker is turning his attention to rock because he doesn't feel fulfilled writing rap verses.
He tells MTV.com, "I'm just over rapping, I don't get any fulfilment out of it anymore... that's why you never really hear me on Kanye (West) joints like that...
"I'm just not passionate about it. I'm more passionate when he be like 'Yo Cudi, come up with a hook or something.' He asks me to put verses down and s**t but I try to procrastinate or disappear or something."
And Kid Cudi, real name Scott Mescudi, admits he's even started a rock band, called Wizard.
He adds: "I'm teaching myself the guitar, that's my new found love. I never thought that I could play an instrument. Picked it up, surprised myself. It's been two and a half months (and) I'm already starting my next project. It's a rock album. I'm doing a band with (producer) Dot (da Genius) called Wizard."