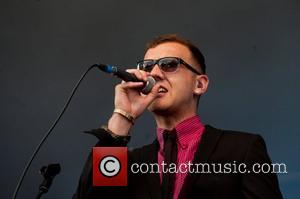 Police officers shut down a gig by U.K. band KiD BRiTiSH on Tuesday night (16Oct12) after a brawl broke out at the London venue.

The rockers were just three songs into the show at the Barfly venue in Camden, north London when a fight allegedly broke out between groups of rival soccer fans and cops were called in to stop the altercation.

The gig was the band's penultimate show before they plan to split, and the musicians subsequently apologised to fans in a series of posts on Twitter.com, writing, "Ok so the police have turned up & locked off the gig! Thank u (sic) to all the so called 'fans' that spoiled it for the rest of us... We are sorry to all the real supporters."

A police spokesperson has confirmed six men were arrested on suspicion of public order offences, telling the Camden New Journal newspaper, "Police were called to reports of a disturbance between two groups at 21.55pm on Tuesday, October 16 outside the Barfly, Chalk Farm Road. Six men were arrested for various offences including public order offences and drunk and disorderly. They are in custody at various police stations."

Footage of the incident posted by gig-goers on Twitter shows the band leaving, before members of the crowd jumped on stage only to be removed by police officers. 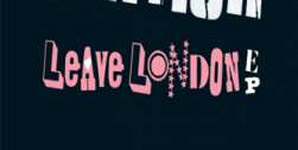