Kian Egan and his wife Jodi Albert have decided they want a big family after welcoming son Zekey into the world in May.

The couple welcomed their second son, Zekey, into the world in May and though they insist it is too early to think about providing a sibling for the little boy and his three-year-old brother Koa, they definitely want to expand their family again in future.

Speaking to the new issue of OK! magazine, Jodi said: ''It's hard to think about right now but Kian is from a big family of seven, so ideally we'd like three or four. The Irish have big families. We'd love a girl, but so long as they were happy and healthy, that's all that really matters.''

Though the couple would love a daughter and Jodi never imagined having sons, she is now ''obsessed'' with little boys.

Asked how she felt when she learned she was expecting a second son, she said: ''We'd like a girl at some point but we just wanted a healthy, happy baby. I never dreamt before Koa of being a mum to little boys, but now I'm obsessed with boys - they're such cool little dudes.

''And I thought Koa needed a companion - Zekey even wore one of Koa's little babygros in the hospital.'' 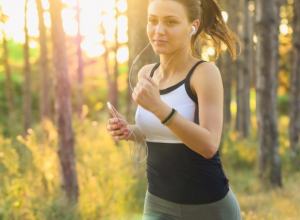 How music could improve our mental health

We look at various psychological issues that may be treated by listening to music.