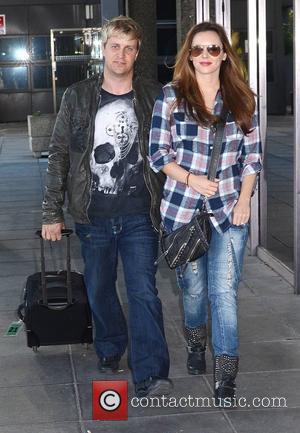 Irish singer Kian Egan has promised Westlife fans in Indonesia the band will return to the country after they halted a concert on Wednesday (05Oct11) due to safety fears.
The Flying Without Wings hitmakers are touring the Far East and took to the stage for a gig in Jakarta, but they were forced to leave the stage for 30 minutes amid fears hysterical crowd members would be crushed or trampled to death.
Egan has now apologised to fans for the shortened set and has vowed to revisit the country with his Irish group.
In a post on his Twitter.com page, he writes, "Westlife will never give up on our Indonesia fans. Sorry the concert was dangerous. We will come back. Thank you for all your love."