O.j. And Khloe K. Are They Really Father And Daughter? 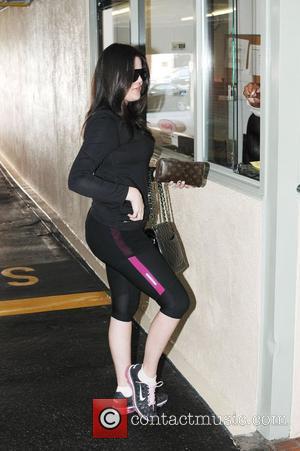 O.J. and Khloe K.? Father and daughter? That’s what the National Enquirer are reporting. They say O.J. Simpson believes Khloe Kardashian is his natural-born daughter and is therefore including the reality star in his multi-million dollar will.
The American tabloid magazine – which has had mixed success with scoops in the past – says O.J. claims that he had an affair with Kardashian matriarch Kris Jenner when she was married to Robert Kardashian. An insider said, “At 65, he’s tired and becoming increasingly aware he may not ever leave prison alive. He says he wants to “do the right thing”. Khloe has previously been the subject of speculation concerning her parentage and often jokes about the clear physical differences between herself and sisters Kim Kardashian and Khloe Kardashian on the family’s reality show. Despite his legal woes, OJ Simpson is said to be “sitting on top of a fortune,” stashing away more than $2 million in secret Cayman Islands bank accounts. The former football star – who Robert Kardashian represented in the famous murder trial of 1994 – wants to make sure Khloe gets part of the cash after becoming “convinced that she is his daughter.” His four children, Arnelle, Jason, Sydney and Justin have reacted angrily to their father’s claims, with an insider revealing, “At first they thought he was just making a big joke, but when they realized he was serious, they were flabbergasted…They are furious and wonder why they have to share the wealth with a complete stranger.”
O.J Simpson’s NFL pension pays him $300,000 a year, which could end up totalling millions before he is released from prison. He is currently serving a thirty-three year sentence for numerous felonies, including armed robbery and kidnaping.