Reality TV star Khloe Kardashian is expected to wait until after she's finished filming the current series of 'Keeping Up with the Kardashians' before she makes a decision on her future with husband Lamar Odom. 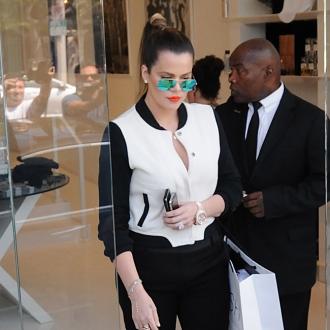 Khloe Kardashian will make a decision on her future with Lamar Odom after she's finished filming her reality show.

The star doesn't want the breakdown of her four year marriage - stemming from the basketball stars alleged cheating and drug addiction - to play out for the cameras, so she is ''being a trooper'' until the current series of 'Keeping Up with the Kardashians' has been completed.

An insider told RadarOnline.com: ''Khloe is steadfast, that she won't decide whether she wants out of the marriage until she is done shooting the current season of the ... show.

''She has been through so much the last year with Lamar, and Khloe just doesn't want this to be played out in front of the cameras. It's a very sensitive situation, she is being a trooper and is being a total professional while shooting.

''Another reason why Khloe isn't making any decisions yet, she doesn't want this to loom over Lamar in the future, no matter what she decides to do.''

It is expected Khloe will look to divorce her husband - who was recently charged with Driving Under the Influence [DUI] after being arrested last month - because she doesn't feel she can ''trust'' him.

A source added: ''She just can't trust Lamar. She could stand by Lamar if he had chosen to get help for his drug addiction, but the cheating is what she can't get over.''