Khloe Kardashian has put her fertility treatments on hold because she is ''too busy'' to have a baby at the moment since landing a co-presenter job on 'The X Factor' USA. 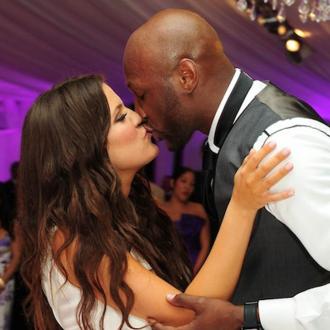 Khloe Kardashian has put her fertility treatments on hold.

The 28-year-old reality star - who married basketball player Lamar Odom in September 2009 - has decided to put her baby plans on hold for now because she is ''too busy'' since landing a co-presenter job on 'The X Factor' USA.

A friend of the Kardashian family told HollywoodLife.com: ''Khloe is putting her fertility treatments on hold for the time being. She is just too busy right [now] with 'The X Factor'. When things calm down she will resume her treatments.''

Despite her decision, Khloe - who is hosting the talent show alongside Mario Lopez - is still desperate to become a mother, and Lamar is said to be backing her decision 100 per cent as he is also ''super busy'' plying his trade with NBA team Los Angeles Clippers.

The friend added: ''Lamar is pretty much supportive of whatever she wants to do. Plus, he's super busy right now too. They aren't worried. Khloe believes that one day she will be a mom, just not right now.''

Khloe has been undergoing fertility treatments in the hope of starting a family with Lamar and while she has made no secret of her desire to have babies, the 'Keeping Up with the Kardashians' star has previously admitted feeling under pressure to conceive.

She said: ''People keep saying, 'Why aren't you pregnant yet?' That's what scares me, when people are like, 'Did you go to the doctor? Do you know if everything's working?' It's nerve-racking. Sometimes I feel like I'm letting everyone down.''