In a preview clip of 'KUWTK,' the 30 year-old star admits "my husband was messing with another girl," when she finally opens up about her estranged NBA player husband. 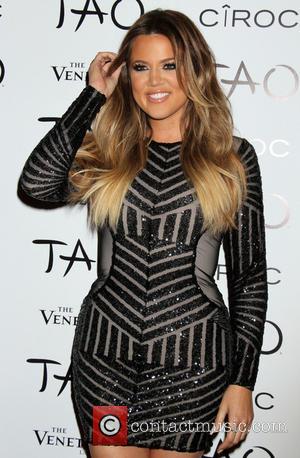 Khloe Kardashian's failed marriage to Lamar Odom is quickly becoming the focus on 'Keeping Up With The Kardashians.'

The reality TV star's nuptial woes are heavily featured in a preview clip for Sunday's episode, and details of their turmoil relationship finally surface.

Khloe shockingly reveals that she knew Odom was cheating on her, and admits to lying to everyone to cover this up.

"Do you know the interviews he's been saying that being married to me were the best years of his life, he's now wearing his ring full time. F-k your ring. You were wearing it when you were f-king someone too," Khloe says in the clip. "He doesn't think we are going through with a divorce."

The pair tied the knot in 2009 but the demise of their courtship began to surface last summer (2013) when cheating allegations were surrounding Odom. Further turmoil soon followed after the NBA star was accused of using hard drugs and eventually their relationship paid the price.

"I kept on hiding every time there was something going on. I would have to lie, or conceal, or cover up, and I'm so over it," she continued.

Adding, "Let me tell you something, last year on my birthday I lied to everyone because I had to lie and say I was with my husband when in fact my husband was messing with another girl, OK? And I lied and I gave up my Beyoncé tickets to Kendall that's how badly I was hiding."

However, in recent months it seems Khloe has finally moved on with her love life as she is allegedly romantically linked with rapper French Montana.

When asked about their relationship by People Magazine, Khloe said, "He's just funny, he's light and easy. That's what I need right now. He's fun. I like that he's always happy. Smiles are infectious and contagious, so I like that."

Khloe admits to knowing Lamar cheated on her