Khloe Kardashian: Kendall and Kylie are more stylish than me

Khloe Kardashian has started getting fashion advice from her younger sisters Kendall and Kylie Jenner. 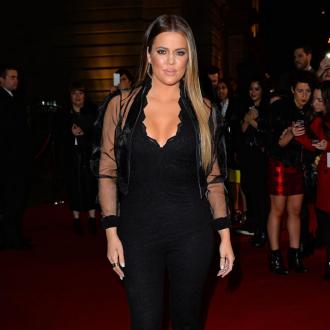 Khloe Kardashian thinks Kendall and Kylie Jenner are more fashionable than her.

The 29-year-old star admits her younger half-sisters are fast becoming the most stylish members of the family and she has started turning to the trendy teens for advice.

Speaking at the at the launch party for the Kardashian Kollection for Lipsy at London's Natural History Museum last night (14.11.13), Khloe exclusively told BANG Showbiz: ''I do give Kendall and Kylie advice, but they really give me style tips too now, they're so chic and trendy. I take bits and pieces form everyone and make it my own and so do they. But we definitely share tips.''

The brunette is a big fan of British style and would love to see Duchess Catherine wearing her new clothing range - which she designed with her older sisters Kim and Kourtney - because she thinks the elegant royal is one of the most beautiful women in the UK.

Khloe said: ''There are so many women I'd like to see wearing the clothes. Rosie Huntington-Whiteley has such phenomenal style. The Duchess is beautiful, anything she puts on she makes look so chic and effortless.

''It's just such an honour when anyone wears it, it doesn't have to be a celebrity. It's rewarding, especially when you're walking down the street and no one expects to see you, and they're wearing something from the Kollection.''

The stunning star was joined at the Kardashian Kollection for Lipsy party by the cast of 'Made in Chelsea', Formula 1 heiress Tamara Ecclestone and girl band Stooshe.

The Kardashian Kollection for Lipsy is available now at Lipsy stores nationwide and online at Lipsy.co.uk.