Khloe Kardashian in 'no rush' to end marriage

Khloe Kardashian and Lamar Odom attended Jay Z's concert separately on Monday night (09.12.13) but an insider said she is in 'no rush' to make a decision about their marriage. 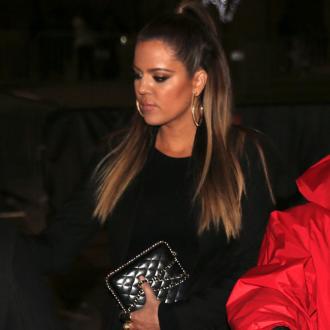 The 'Keeping Up with the Kardashians' star, who hasn't been spotted wearing her wedding ring for 16 days after months of rumours her four-year marriage is on the rocks, reportedly did not speak to her husband at the gig in the Staples Centre in Los Angeles.

A source told E! News that Lamar, 34, enjoyed a ''guys' night'' in a VIP suite with a few of his friends and his father, Joe Odom, while Khloe, 29, sat in a different part of the arena.

Khloe still hasn't decided whether she and Lamar have a future together, following allegations earlier this year that he cheated on her with multiple other women and also battled a cocaine addiction.

An insider said: ''Khloe is in no rush to make any decisions.''

Meanwhile, Lamar, who recently spent a week training at the University of Rhode Island in Kingston in a bid to reclaim his spot on the LA Clippers, is focusing on rebuilding his relationship with his father, whom he was previously estranged from despite continuing to provide for him financially, and his children, Destiny, 15, and 11-year-old Lamar Jr. from his previous relationship with Liza Morales.

The source said he is in phenomenal shape and is working out three times a day.

Last month, he told fans outside his training ground: ''Khloe and I are fine.''