Khloe Kardashian and her ex-boyfriend French Montana are holidaying in Florida, and she is said to have greeted her with a bouquet of roses as she arrived at a Key West resort. 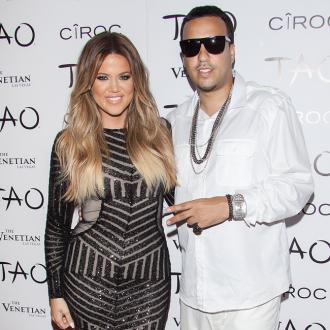 Khloe Kardashian is holidaying with her ex-boyfriend French Montana in Florida.

The rapper is said to have greeted the 30-year-old reality star with a bouquet of red roses as she arrived at a Key West resort, where she is also spending time with her good friend Malika, at the weekend and insiders ''wouldn't be surprised'' if the couple - who split in September - got back together.

A source told gossip website TMZ: ''I wouldn't be surprised if they fall back into old habits.''

Khloe, French and Malika are also vacationing with his friend Chinx Drugz, and the quartet have been spotted having fun on jet skis during their break.

It's not the first time the brunette beauty has been in the same vicinity as 30-year-old rapper since she called time on their relationship in September after just seven months of dating as the pair attended the same Grammy Awards after-party last month.

Despite both being at the Q x Armani bash following the star-studded ceremony at Los Angeles' Staple Center, Khloe and French are not thought to have spoken at the event.

A source said at the time: ''French was on the side of the bar while Khloé chatted with the girls a foot or so away from the bar.''

Khloe is said to have split from French last year because she wasn't ready for a romance so quickly after her 2013 split from husband Lamar Odom, who she married in 2009.