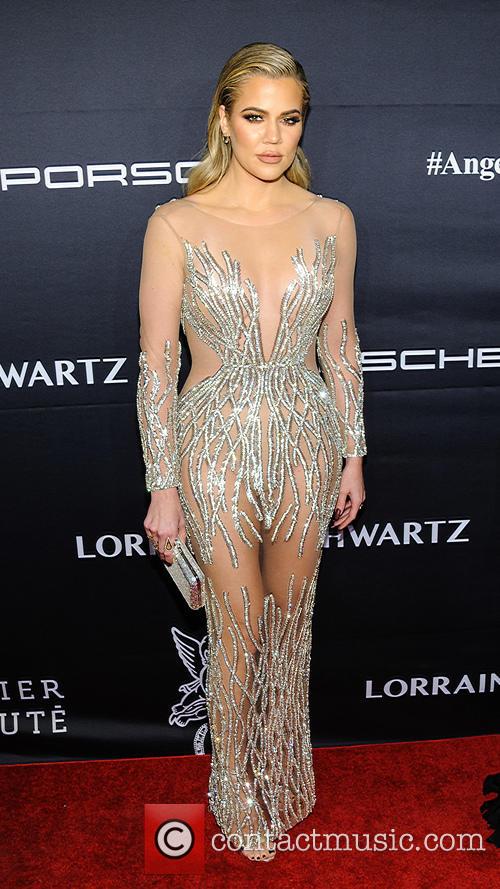 The Keeping Up With The Kardashian star took to Twitter to express her annoyance with social media users who comment on her daughter - who is just six-months-old - then delete their initial tweets when she reponds to them in view of her 26 million followers.

Khloe wrote: "I dislike the fact that people are allowed to comment on my [daughter's] skin color.

MORE: Khloe Kardashian Picked A Godmother And It Wasn't Who One Sister Expected

"But as soon as I comment kindly back and praise her for all that she is, the comment gets erased."

She added: "If you have the courage to post your nasty criticism, please allow one to defend or comment back."

Khloe welcomed True in April this year but has had to fight off a number of cruel remarks about her daughter's looks. The criticism began when True's aunt, Kim Kardashian West, posted a picture of her own daughter, Chicago alongside True and True's other cousin, Stormi Webster - Kylie Jenner's daughter.

Entitling the cute snap 'The Triplets', the picture was soon flooded by people commenting on True's skin being 'too dark'.

One person wrote: "I hate that True is so dark, the other two are a nice mix... she’s a cute kid, just too dark."

Now Khloe - who shares True with Tristen Thompson, 27 - has hit back at people who has persisted with their abusive comments.

Writing on Twitter, she said: "We need to learn to praise all skin tones/ethnicities! Our beauty is in our differences. We can learn so much! So proud of every human who is confident in who they are. I’m in my 30s I think I’m just finding this confidence. So I am patient with others. But allow me to voice mine.

"Everyone is entitled to their [opinions] and I’m not complaining about that. Please state your opinion but allow me to [state] mine."