Khloe Kardashian set the record straight on her relationship with her estranged husband, NBA Player Lamar Odom, in a recent interview.

Khloe Kardashian, speaking in a recently published interview with Complex, discussed her relationship with her estranged husband Lamar Odom. The couple married in 2009 and filed for divorce in 2013. Two years on, and with no divorce confirmed as yet, Khloe is still keeping in touch with the NBA Player and continues to offer her support. 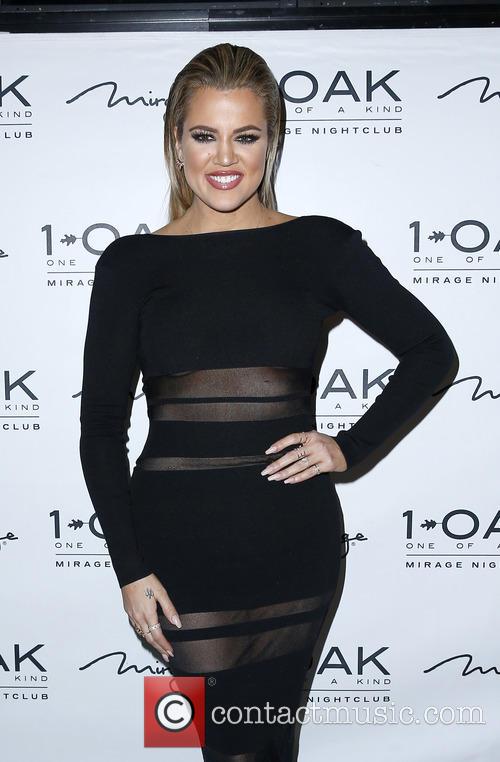 Khloe Kardashian at an event at 1OAK nightclub in Las Vegas in May 2015.

“I talked to Lamar this morning. I talk to Lamar as often as I can, which is inconsistent, but not on my terms,” Khloe revealed.

“When you genuinely feel like that was the right relationship, you’re supposed to give it all you can. That’s what marriage is about. It’s not, ‘Let’s see if it works, if not we always have divorce.’ I am not one of those girls.”

As such, she’s not “rushing” into her divorce, although the papers have been filed for a number of years. Khloe also revealed how she is grateful for the time she spent with Lamar, although it was only for a short time.

“Lamar is genuinely one of the best people I’ve ever met, and everyone says that when they meet him,” Khloe continued.

“I think Lamar’s gonna always be that person [for me] but that’s what made it so special. Even if I had it for five years or whatever, it was the best ever and I’m grateful I did. Some people don’t get that ever and I had that magic for a long time.”

However, the interview took place before Caitlyn Jenner’s transition in April and, in the intervening three months, things have seemingly changed for Khloe and Lamar. Last week, the couple reportedly signed the legal documents to finalise their divorce. Neither has confirmed the news but sources claim the papers were signed as the judge was threatening to throw the case out if it did not progress.

Seriously I can't believe this shoot I did for @complex!!! I'm still blown away by how talented  @stevengomillion is!!! Shout out to my glam team @1maryphillips and @cesar4styles. @monicarosestyle you always know how to make me feel so comfortable on set!! You are my security blanket!! I love you all madly! Check out the article at http://trib.al/sl3Mrey

Khloe may not be divorced from Lamar but she’s certainly moved on. Last year she was linked to rapper French Montana and most recently she has been connected to NBA player, James Harden.

The 31-year-old Keeping Up With the Kardashians star openly discussed her relationship with Montana. Kardashian and Montana were romantically linked last year for a number of months, before finally separating in December 2014. In the interview, Khloe confirmed they were in a sexual relationship but that there was no romantic feeling between them owing to Khloe’s emotional state following her split from Lamar.

“We haven’t dated in a few months. I’m friends with him,” Khloe said. “I talked to him recently because his best friend was just murdered. He’s a great guy, super funny, a sweetheart.”

“I don’t think I was ready at all to have a serious relationship at the time,” Khloe continued. “I needed time on my own to digest everything that’s happened. I went from Lamar to just distracting myself. Not to discredit French at all. I was very honest with French about that—I feel bad. I don’t think it’s fair for me to lead somebody on, or for me to act like I’m in this perfect headspace if I’m not.”

I have to shout out and thank my incredibly supportive sister @kimkardashian for forcing me to do this complex shoot! I have been procrastinating it because I was too scared to do the shoot! But Kimberly made me and had more confidence in me then I had myself!! I love you Keeks!