Khloe Kardashian reportedly does not want her mother Kris Jenner involved in her new talk show 'Kocktails With Khloe'. 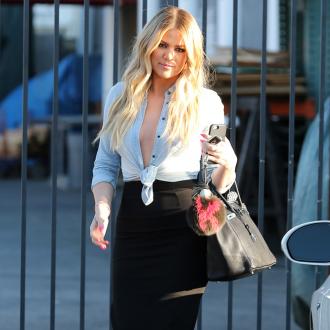 Khloe Kardashian has reportedly banned her mother Kris Jenner from her new show.

The 31-year-old reality TV star will host 'Kocktails With Khloe' on the FYI channel later this year and after Kris' eponymous chat show was cancelled by Fox last year after just one season, Khloe doesn't want her momager interfering with her solo venture.

A source told HollywoodLife: ''Khloe loves her mother and Kris has been instrumental in making the family succeed on keeping up with the 'Keeping Up With The Kardashians'. But Khloe doesn't want or need Kris anywhere near 'Kocktails With Khloe'.

''It's no disrespect but she did fail miserably on her TV show and Khloe doesn't want to experience the same fate.''

However, Kris, 59, is keen for her daughter to succeed and has been trying to give some advice.

The insider added: ''It's an issue though. Kris wants to help out. She's been offering Khloe advice as to who to bring on the show, what she should wear, how she should do her hair, all of that. Kris even wants to work on the show in several different capacities.''