Khloe Kardashian and Lamar Odom enjoyed a romantic vacation together earlier this summer and their marriage is now stronger than ever. 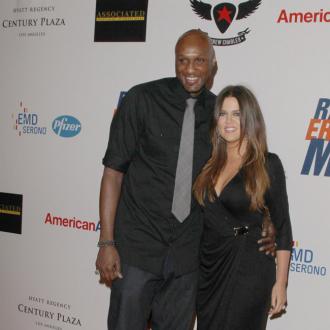 Khloe Kardashian and Lamar Odom enjoyed a romantic getaway earlier this summer to strengthen their marriage.

The former 'X Factor' presenter and her Los Angeles Clippers star husband took a break from their busy schedules to spend some quality time together and their union is now stronger than ever.

A source told Us Weekly: ''There were lots of kisses and tears. It was a really good time for them to spend time together and focus on each other.

''They're committed to the relationship [and] they adore each other.''

Khloe, 29 - who will celebrate her fourth wedding anniversary in September - recently revealed she still feels like a newlywed and the couple are not in a rush to have kids.

She said: ''I love my little lamb. He's pretty cute.

''Time flies. Time really does fly. And I consider myself a newlywed. Four years is a lot in this weird world that we're all in, but it's not a lot in the grand scheme of things.

''I've been married almost four years now. I'm still in my newlywed phase is what I call it, so whenever it's time for me to have a baby, that's when it's gonna be time.''

The 'Keeping Up with the Kardashians' star understands why people doubted her marriage would last because she tied the knot just one month after meeting her husband, 33, for the first time, but insists she instantly knew he was ''the one'' for her.

She explained: ''I met him on August 27 and I married him on September 27, so it was 30 days. That's the first time I ever met him, so I completely understand everyone's criticism. If I wasn't me, I would have been judging too. I would have been like 'You're crazy and you're insane and you don't even know this person.' But I just felt something. We both did and I went with it and it's fun. I love our story too. I'm not sure I would recommend it for everyone, but I love that I could say this is our story.''