Khloe Kardashian has confirmed that Lamar Odom was unfaithful during their four-year marriage in last night's (13.07.14) episode of 'Keeping Up with the Kardashians'. 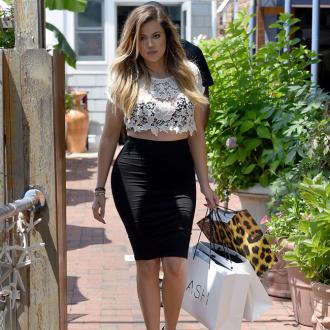 Khloe Kardashian has confirmed that Lamar Odom was unfaithful during their marriage.

The 'Keeping Up with the Kardashians' star - who was married to the basketball player for four years before filing for divorce in December - has admitted that he slept with someone else while they were together.

In an episode of 'Keeping Up with the Kardashians' which aired in the US last night (13.07.14), she told her sister Kourtney: ''Do you know the interviews he's doing? Saying that being married to me were the best years of his life and that he is now wearing his ring.

''F**k your ring. You were wearing it when you were f**king someone too.''

The stunning brunette even admitted she tried to keep Lamar's unacceptable behaviour hidden from her family and often lied about his whereabouts.

She said: ''The way I was living is not a way to live!

''I kept in hiding every time there was something going on. I would have to lie, or conceal, or cover up, and I'm so over it.

Khloe even turned on her own mother Kris Jenner when the showbiz matriarch tried to see the sportsman's side of things.

Khloe told her mother she wanted to ''cuss the f**k out of'' Lamar for making out to the press that their relationship was still going strong.

When Kris, 50, assured her that he probably ''just wanted things to go back to the way they were'', the 30-year-old replied: ''You always will stand up for him.