Khloé Kardashian has 'learned a lot' since split

Khloé Kardashian has ''learned a lot'' about herself since splitting from Lamar Odom in December and has no regrets about anything, but is happy that her new boyfriend French Montana is ''light and easy.'' 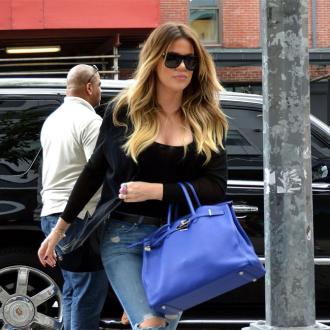 Khloé Kardashian has ''learned a lot'' about herself since splitting from Lamar Odom.

The 'Keeping Up with the Kardashians' star celebrated her recent 30th birthday with her new boyfriend French Montana at TAO Las Vegas at The Venetian Resort and Casino on Friday night (04.07.14) , and admitted she is excited to start a new decade.

Reflecting on the past year, she told UsMagazine.com: ''I definitely learned a lot about myself and the strength I have as a person. I don't regret anything. I am still appreciative of everything I've gone through.''

The reality TV beauty filed for divorce from her estranged husband after four years of marriage in December, following months of rumours he was addicted to cocaine and had cheated on her multiple times, and while Khloé said it was an ''unexpected'' time, she now feels ''better.''

She said: ''You just have to deal with what life throws at you. Everything makes me better.''

Khloé also opened up about her new boyfriend of almost three months, French.

Asked what she likes about the 'Pop That' rapper, she said: ''He is just funny. He's light and it's easy. That's what I need right now. It's fun. I like how he's always happy. Smiles are infectious. They're contagious. I like that.''

She added: ''I just want more positivity in life.''