Khloé Kardashian is reportedly so desperate to triumph over rival Amber Rose for the job as host of 'Fashion Police' that she would do it for free. 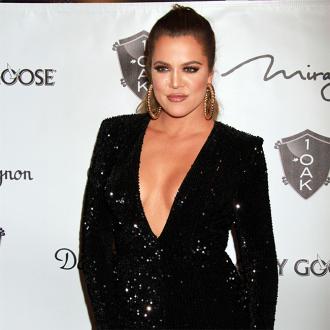 The 'Keeping Up With The Kardashians' star is reportedly so desperate to beat rival Amber Rose to the role that she would do anything she could to secure the post.

A source shared: ''She would do 'Fashion Police' for free if it made E! not select Amber Rose for the job.

''It is now more important for her to not have Amber Rose on the show than being on the show herself.''

The vacancy came after Kelly Osbourne quit her position on the series just days after her co-host Giuliana Rancic apologised for making ''offensive'' comments towards Zendaya Coleman.

Meanwhile, Khloé is believed to be ''dying'' to find a job away from the Kardashian reality show circuit and is worried about losing out to another possible candidate, Nene Leakes.

An insider told HollywoodLife.com previously: ''She's dying to find a gig outside of the family reality show...

''Khloé is feeling the pressure and losing her mind that 'Fashion Police' producers are considering the 'Real Housewives Of Atlanta' star. Whilst producers are buzzing over Nene, Khloé is bugging.''

Meanwhile, a show spokesperson recently confirmed ''no decisions have been made'' in relation to finding a new host for the show.