Khloé Kardashian celebrated turning 30 with a luxury trip on a private yacht in New York yesterday (27.06.14). 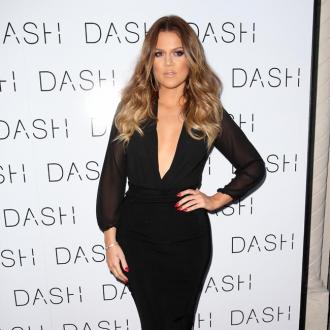 The 'Keeping Up with the Kardashians' star and her family gathered at Chelsea Piers in New York last night to mark her milestone with a luxury ride on the Hudson river to view the city's stunning skyline under the stars.

The brunette beauty was joined by her boyfriend French Montana, her sisters Kim and Kourtney, her mother Kris Jenner, and her step-sisters Kendall and Kylie as the family were treated to a candle-lit meal onboard.

Khloé looked stunning dressed in a floor-length white gown and gold slingback heels, before covering up her frock with a huge sweatshirt as the night drew to a close.

The reality TV star was seen sipping on champagne as she cuddled up to French, 29, before leaning in for a smooch under the moon-lit sky.

The couple may have only been together a few months, but the rapper was keen to shower Khloé with a number of thoughtful, yet expensive, birthday gifts.