Khloé Kardashian and French Montana bought matching watches on Tuesday (27.05.14) after reuniting for a romantic trip to New York City following her trip to Europe for her sister Kim Kardashian's wedding last weekend. 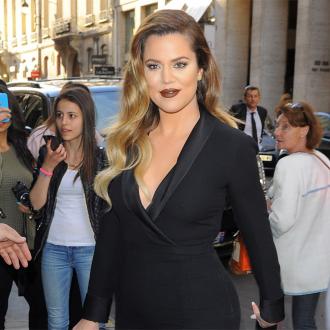 The 'Keeping Up with the Kardashians' star, who filed for divorce from estranged husband Lamar Odom in December, reunited with her new rapper beau in New York City upon returning to the US from her sister Kim Kardashian's wedding in Florence, Italy last weekend.

The duo, who started dating last month, were spotted enjoying a romantic shopping spree at Rafaello & Co., where they picked out matching his-and-her gold watches.

A source told Us Weekly magazine: ''They were very upbeat and happy.''

Store owner Gabriel Jacobs also shared a photograph of the couple on his Instagram profile, captioned: ''The newest power couple came to see the best and I mean the best Hannhhhhhhhh stay tuned in for what we got cooking up (sic).''

Despite appearing to be besotted with the brunette beauty, the 29-year-old rapper reportedly flirted with a model called Annabelle while shooting his new music video for his single 'Pop That' on May 13.

A source told Star magazine: ''He was coming onto her really hard, acting like he didn't have a girlfriend at all.''

The insider claimed that French even disappeared into his trailer with the beauty for 30 minutes, adding: ''It was so long, people started buzzing that they were hooking up in there!''

Khloé split from Lamar following months of rumours he was cheating on her and addicted to cocaine.