Kardashian In Trouble Over Wedding 'Circus' 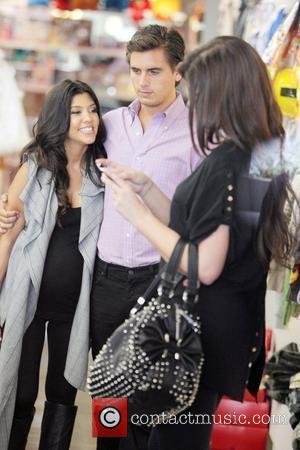 Picture: Khloe Kardashian, her pregnant sister, Kourtney Kardashian, and Kourtney's boyfriend, Scott Disick, film a segment of their reality TV show while shopping at Kitson for...

Magazine bosses are reportedly furious with Khloe Kardashian for allowing her wedding to turn into a media circus after she promised exclusive story rights to a U.S. publication.
The socialite-turned-reality TV star married basketball ace Lamar Odom on Sunday (27Sep09) at Irving Azoff's Hollywood home, turning the quiet neighbourhood into a hotbed of paparazzi and news helicopters.
But OK! magazine editors were furious when paparazzi snaps of the bride in her wedding dress emerged, and they were forced to spend an extra $50,000 (£34,000) to buy the shots off the market, according to the New York Post's gossip column PageSix.
Kardashian signed a $250,000 (£167,000) contract allowing the magazine to feature the nuptials in an exclusive spread.
A guest tells the publication, "There were so many helicopters overhead, you couldn't hear the vows. The Kardashian family had assured OK! the ceremony would be at a secluded location, but in the end it was a circus."