French Montana is getting ready to propose to his girlfriend, Khloe Kardashian, and has already started looking at engagement rings. 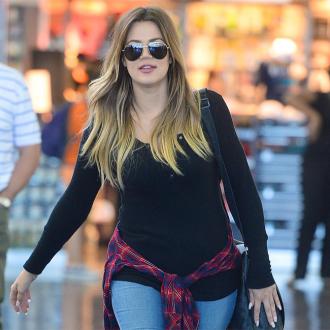 Khloe Kardashian is set to receive a marriage proposal from French Montana.

The 'Keeping Up With The Kardashians' star, 30 - who split from her cheating NBA player husband Lamar Odum in December - has discussed spending her future with her new boyfriend French - who is preparing to the pop the question to the pretty brunette.

A source told Life & Style Weekly magazine: ''[French] has started to look at rings. French knows she's the one for him. They've discussed their future and she's said she would marry him.

''If he got his way, French would propose soon, and they would marry by the end of the year. So Khloé is going to try to push her divorce through as soon as possible.''

Meanwhile, Khloe has helped her rapper boyfriend, 29, choose a new home in Los Angeles so the pair can spend more time together.

Although her sister Kim and stepfather Bruce Jenner are yet to be convinced by their whirlwind romance.

The source said: ''[They] are very sceptical of him. They think he's using Khloé for fame.''