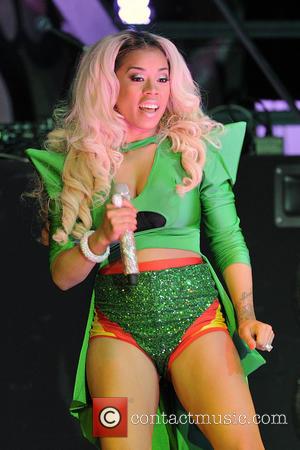 R&B star Keyshia Cole's mother is taking legal action against the owners of a Los Angeles hotel over a sign which allegedly fell on her head.

Frankie Lons, who has appeared on U.S. reality show Celebrity Rehab with Dr. Drew, claims she was severely injured when the exit sign at Le Parc Suite Hotel landed on her head.

According to Lons' suit, which has been obtained by Tmz.com, the "heavy" sign was "hanging loosely" and caused her permanent damage when it came crashing down.

She is seeking compensation for medical expenses, loss of earnings and for her "pain and suffering".

Lons is Cole's biological mother; the star was adopted when she was two years old by family friends Leon and Yvonne Cole.