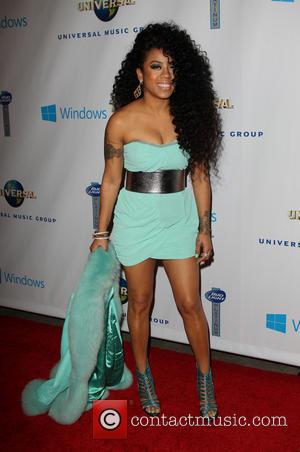 Keyshia Cole's estranged husband has distanced himself from a divorce filing in his name, insisting he has not moved to make the split official.

The singer confirmed her split from basketball player Daniel Gibson in March (14) after less than three years of marriage, and it appeared the sports player had started divorce proceedings when papers were filed at a court in Los Angeles last week (ends20Jul14).

However, Gibson is adamant the documents filed in his name at Los Angeles County Superior Court were lodged by an impostor.

He tells Tmz.com, "She (Cole) would have to do it (file the divorce papers). I am a Christian. I believe in 'til death do us part."

Editors of the website report the paperwork lists Gibson as his own attorney, and gives a home address which is actually a branch of U.S. fast food chain El Pollo Loco.