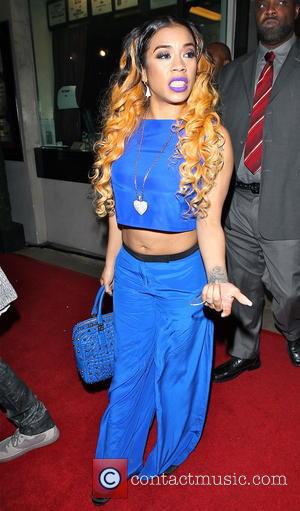 R&B star Keyshia Cole has reportedly reunited with her estranged husband Daniel Gibson, almost a year after they split.

The You've Changed singer confirmed she had separated from the basketball player in March, 2014, after less than three years of marriage, but the former couple appears to have reconciled after putting on a united front at a party in Los Angeles on Monday night (23Feb15).

The bash was held to celebrate the premiere of Cole's new U.S. reality show, All In, and she had her husband back by her side throughout the event.

Gibson even shared a snap of the pair hugging on Instagram.com, alongside a sweet caption, which reads, "Look what I found ... full support of this Angel at her premiere."

News of the apparent reconciliation emerges five months after Cole was arrested for allegedly assaulting a woman she found at her rumoured boyfriend Bryan 'Birdman' Williams' Los Angeles home in September (14).

The confrontation landed Cole a battery charge and a lawsuit from her alleged victim, Sabrina Mercadel, who has also obtained a restraining order against the singer.