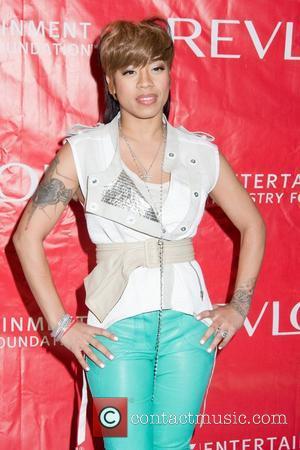 R&B star Keyshia Cole is a married woman after exchanging vows with her basketball player fiance Daniel Gibson.
The couple became engaged in 2009 and had their first child, a baby boy named Daniel, last year (10).
They finally tied the knot in a private ceremony on Saturday (21May11). The wedding reportedly took place in Cleveland, Ohio.
Cole confirmed the happy news in a post on her Twitter.com page, writing, "It's official! Done & truly blessed... Mr. & Mrs. Gibson. We appreciate all the well wishes!"
Gibson also posted their wedding pictures on his own Twitter page. The snaps show the couple cuddling and posing with their son, as well as one shot which shows Gibson's mother adjusting his bow tie.