Keyshia Cole (born October 24, 1983) is an American Grammy-nominated R&B singer-songwriter, and record producer known for her distinctive soulful voice. She released her platinum selling debut album 'The Way It is' in 2005, and her second album Just like You in 2007.

Childhood: Keyshia Cole was born to an African-American mother and an Italian-American father, although her mother's drug addiction led to her becoming fostered at the age of 5.

In 2004, Keyshia Cole attracted the attention of A&M Records executive Clive Owens. The following year, her Platinum-debut album 'The Way' It Is was released.

Career: Featuring the hit singles 'I Changed My Mind', and 'I Should Have Cheated', and 'Love'. The album debuted at #6 on the U.S album charts and sold 89,000 copies in the first week of release.

Her sophomore album, 'Just like You', was released in 2007. It features the singles 'Let It Go' featuring Missy Elliott and Lil' Kim, 'I Remember', 'Shoulda Let You Go', and 'Heaven Sent'.

It debuted at number two on the U.S. Billboard 200 chart, selling about 281,000 copies in its first week alone.

At the 50th Grammy Awards, Cole was nominated for two Grammy's for Best Contemporary R&B Album and Best Rap/Sung Collaboration, although she left empty handed.

A budding young starlet Keyshia Cole did her first recordings with MC Hammer at the age of 12, singing backing vocals for the artist. 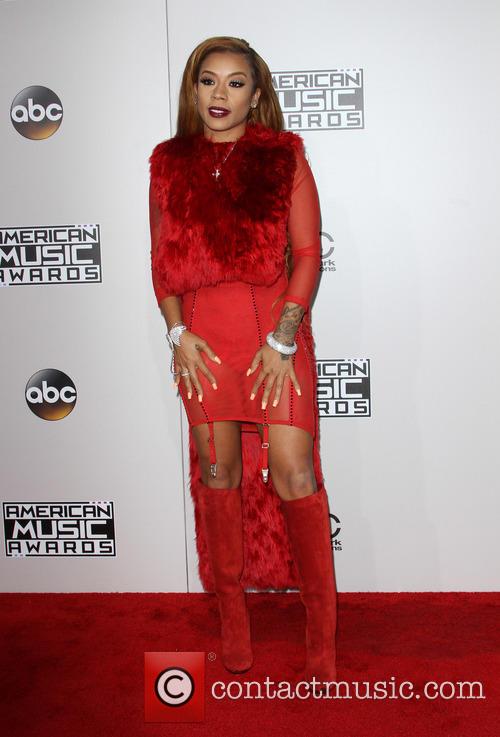 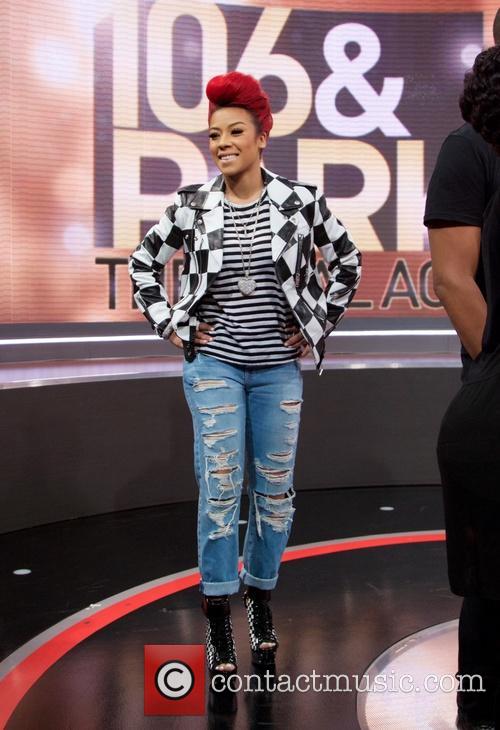 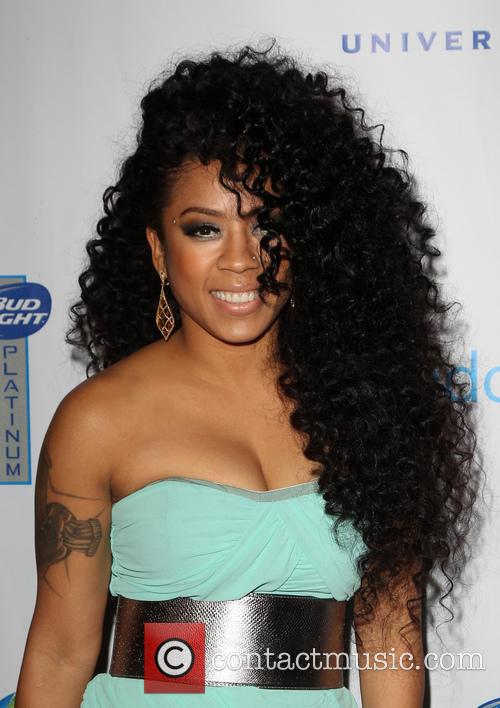 By Hannah Woodhead in Lifestyle / Showbiz on 20 September 2014

Keyshia Cole has been arrested in California for battery.

Grammy-nominated R&B singer Keyshia Cole has been arrested on a battery charge in Los Angeles following an altercation at Birdman's apartment.

Keyshia at the Grammys in January 2014

According to E! Online Keyshia was arrested at 5.20am following a fight with another woman at the home of the Cash Money Records co-founder Birdman, who Cole is also rumoured to be dating. Cole is still married to NBA player Daniel Gibson but the pair split in March, and the singer has declared that she intends to file for divorce. The couple have one son together, Daniel Jr.

Essence Festival: A three day New Orleans party-with-a-heart designed to showcase the nation's very best R&B artists. Beyoncé, Maxwell, Trey Songz and Keyshia Cole will be there, are you?

Calling at R&B fans: if you're not at Essence Festival this weekend, then why not? Year on year the line-up gets better and better, and this year is no exception. Loads of acts are set to bring their talents to one of the six stages this weekend (4th - 7th July), including the unmatchable Beyoncé, the multi-platinum selling Keyshia Cole, hiphop star Trey Songz and loads of other important names of the genre. 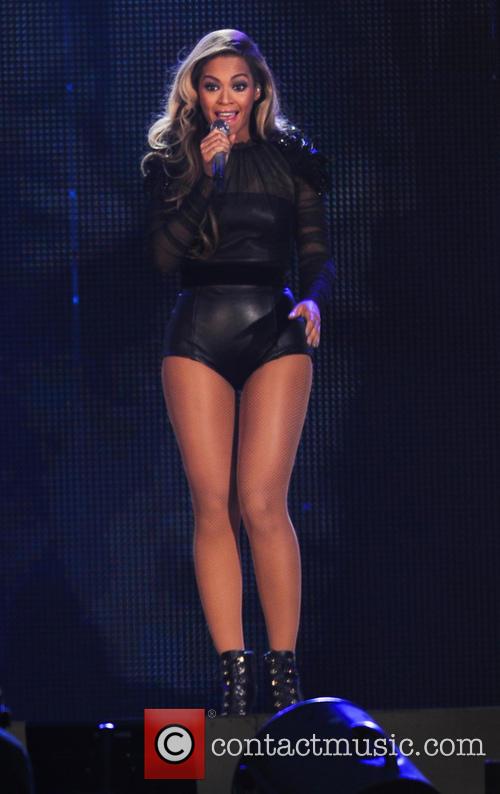 Beyoncé Knowles Is Sure To Dazzle As She Headlines Essence Festival.

However, Thursday's grand opening of the 19th annual festival came with a sterner note from Mayor Mitch Landrieu who took to his own stage for a press conference to address to issue of gun violence and murdering in the world-famous Crescent City, as reported by Nola.com. Landrieu acknowledged that things had been going well for the city, with recent accolades such as 'the nation's laboratory for change and innovation,' and announced plans for a Sunday morning gathering for New Orleans' mothers who have lost their children to violence, saying "We understand that mothers who have loved and lost are critical in changing the culture of violence and in ending this unacceptable epidemic of young African-American men killing each other," giving early festival attendees for for thought as they prepared to begin their celebration of black musicians, performers and artists.

Beyonce has attracted controversy for her new hit 'Bow Down/I Been On.'

You knew from the moment Beyonce released new single 'Bow Down/I Been On' that all was not right. Her devout followers were a little uneasy about the track, Twitter erupted into a debate about whether the upbeat track was arrogant or inspirational, and various celebrities threw in their two cents.

Essentially, the song's lyrics have severely divided listeners, and R&B singer Keyshia Cole was among those offended by Bow Down. "First "Women need to Stick together" now b*ches better Bow. Smh," said Cole on Twitter. "But it's all G! Chicks stay shooting the sh*t. But when I speak my mind it's a prob."

Cole was referring to a line in Beyonce's new song in which she sings, "Dont forget it, dont forget it, Respect that, bow down, b*tches." The song is a definite shift from Bey's usual pop tunes and was produced by Hit Boy, the man behind Jay-Z and Kanye West's hit song 'N*ggas In Paris.'

Keyshia Cole Is NOT A Fan Of Beyonce

Beyoncé’s had a lot of love recently; her tour sold out in record time, she made peace with the inauguration lip synch scandal and she released an intimate documentary. So, with all this love, Keyshia Cole is balancing things out by slamming B’s new single. 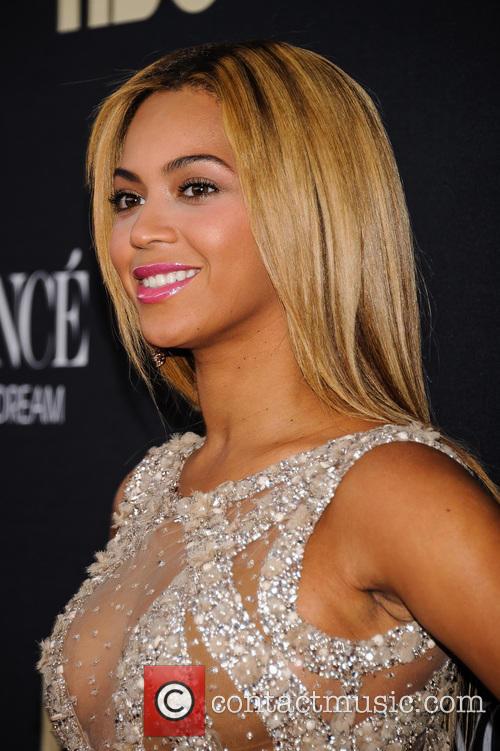 Beyonce posing for the paps

"Can't stand when people all self righteous when it's convenient it makes them look good. Lmao! But can still talk s--t when convenient 2 FOH," she tweeted. "I know when you were little girls you dreamt of being in my world. Don't forget it. Respect that. Bow down, bitches." And she wasn’t done there, despite the fact she was slowly awakening an army of Beyonce fans, ready to defend her woman to the death. "I done kept it real from the start! #RespectTHAT," she added. "First "Women need to Stick together" now bitches better Bow. Smh. But it's all G! Chicks stay shooting the shit. But when I speak my mind its a prob. #Well #StayMad." Now, we’re not 100% sure what any of that meant. Not really. But one’s things for sure, Cole is NOT a fan of Beyonce and her new track, Bow Down/I Been On, which you can listen to below.

Continue reading: Keyshia Cole Is NOT A Fan Of Beyonce

By Michael West in Lifestyle / Showbiz on 05 February 2013

It seems Keyshia Cole was one of the few people who wasn't too impressed by Beyonce's Super Bowl half-time show on Sunday (February 3, 2013). The outspoken R&B singer, 31, shared her opinion on the performance with her 217,000 Twitter followers, though she directed most of her ire at Destiny's Child singer Michelle Williams.

Beyonce, Michelle and Kelly Rowland performed Bootylicious, Independent Women Part 1 and Single Ladies (Put A Ring On It) during the Mercedes-Benz halftime show and although the medley added a new dimension to the show, it was perhaps the least impressive part of the set. "F-ck that shit up then Beyonce! Bad bitch central," Cole said of the headliner, who got a frighteningly good reception in New Orleans, "I think I was frightened to blink for a sec. Then Michelle sung and woke my ass up from my daze! She always f-cking the groove up." The singer's Twitter account was immediately targeted by Destiny's Child fans with perhaps too much time on their hands, and Cole finally offered a half-apology, "And y'all girl is whack and always will be!" she said.

Williams herself seemed pleased enough with her performance, tweeting, "Had a great time with my sisters tonight! Tried to keep it a surprise!" Beyonce - who had a point to prove herself - told OMG, "It feels good to know the hard work paid off. It's a live television show. It's the biggest show in America." 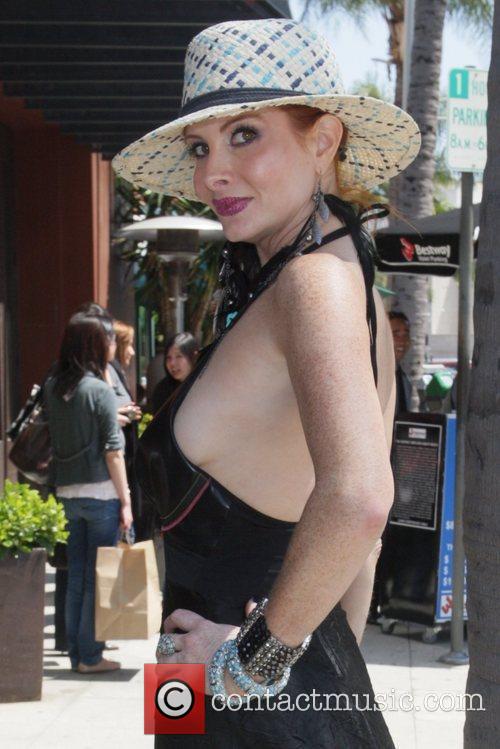 Watch the trailer for Why Did I Get Married Too

Continue: Why Did I Get Married Too Trailer