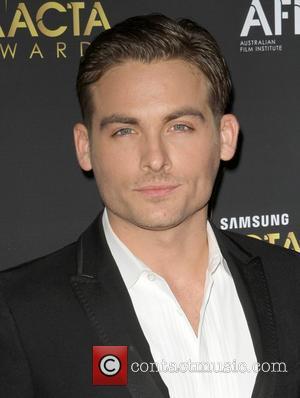 Actor Kevin Zegers has signed up for a special spinning session in Los Angeles to raise money for a children's charity.
The Gossip Girl star will show off his fitness at the event in Hollywood on Saturday (02Jun12) in aid of the Lollipop Theater Network, which screens movies to youngsters in hospital.
In a message on his Twitter.com page, Zegers posts a link to the fundraising site and writes, "Anyone who wants to join me for a great cause. Come spinning with me on Saturday."
He also reaches out to his actress pal Kaley Cuoco, asking her, "Wanna join?"

Kevin Zegers Is A First-time Dad

Kevin Zegers Among The Friends Who Shared Cory Monteith's Ashes