Netflix are still going strong, building up their portfolio every day

Having proved that online-only content streaming doesn’t just have to apply to shows gone by, Netflix are seeking more success with original programming, ordering a brand new thriller from the guys behind Damages. Having aired on FX, The 101 and DirecTV, Damages has been a real sleeping giant of TV thrillers, quietly accumulating a dedicated following and positive reviews along the way.

Now, the show’s creators, Todd A. Kessler, Daniel Zelman and Glenn Kessler are on board with Netflix to helm a new thriller.

"We were spellbound after hearing Todd, Glenn and Daniel's pitch and knew Netflix was the perfect home for this suspenseful family drama that is going to have viewers on the edge of their seats," Netflix vice president Cindy Holland says in a statement accompanying the announcement. (USA Today)

"Their work on Damages was truly ahead of its time and we're proud to be bringing our viewers this upcoming series."

Netflix won one primetime Emmy after earning 14 nominations this year; the first time an online service had received recognition by the awards body.

"The series is a tightly wound thriller that explores the complex bonds between parents and children, brothers and sisters and the rivalries, jealousies and betrayals at the core of every family," the Kesslers and Zelman say in a statement.

With House of Cards – the political drama that saw Kevin Spacey take on Frank Underwood – proving to be such a critical success; Orange is The New Black creating buzz and the established Arrested Development enjoying a fourth season solely on the streaming platform, Netflix are looking to build on the success they’ve enjoyed with exclusive programming. 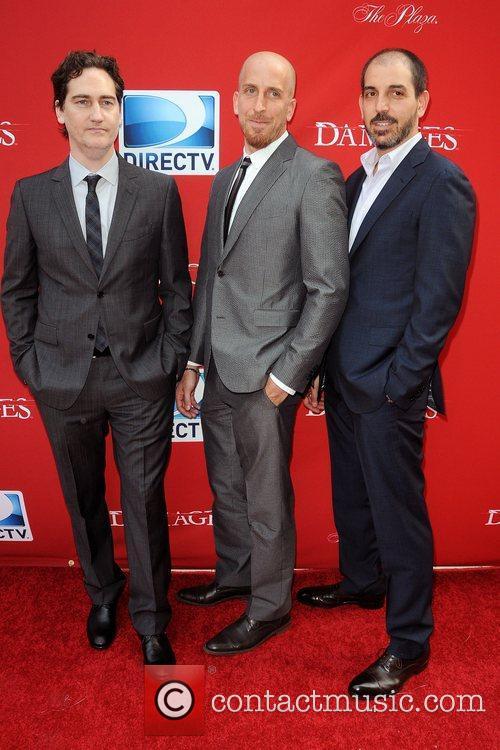 From Left to Right - Daniel Zelman, Todd A. Kessler and Glenn Kessler