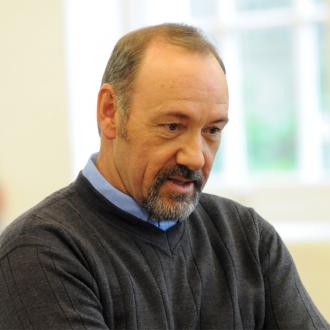 The two-time Academy Award winner - who plays Representative Frank Underwood in the hit Netflix series - took part in a funny sketch titled 'House of Nerds' at the star-studded event in Washington, D.C. on Saturday night (27.04.13).

The 53-year-old actor lobbied John McCain, New York Mayor Michael Bloomberg and other high profile politicians for the opening act, during which he took on his on-screen persona and said: ''I may lie, cheat and intimidate to get what I want, but at least I get the job done. So I hope some of you are taking notes.''

He then added: ''Have a wonderful evening. I'll see all of you at the Bloomberg Vanity Fair party -- that is, all of you that got an invite. Oh, and Mr. President, welcome to Nerd Prom.''

The 'Usual Suspects' star recently revealed he would hate to be a politician in real life because it would be too frustrating.

He previously said: ''I'm a person who likes to set a goal and then achieve it. I like to get things done.

''I would never walk into a profession where I'd [know] I was going to be frustrated for the rest of my life.''

Kevin also believes that the hard-hitting drama is not as far-fetched as he originally thought it would be.

He explained: ''We were in the middle of filming 'House of Cards' during a presidential election. I'd often go back to the hotel and turn on the TV, and think to myself, 'Our story lines aren't that crazy'.''