The stage and screen legend will host the 71st Tony Awards on June 11th.

The Tony Awards have announced one of the true legends of stage and screen to host their annual ceremony later this year – none other than Kevin Spacey!

The 57 year old multiple Oscar winner and Emmy nominee might be most famous for his film and TV roles, such as American Beauty and Netflix's 'House of Cards', but theatre-goers will know that he has a long and rich association with the stage too.

Spacey picked up the Best Actor Tony for ‘Lost in Yonkers’ back in 1991, and has previously also served as the Artistic Director of the prestigious Old Vic Theatre Company in London for over a decade, appearing in numerous productions during his tenure there, including a Sam Mendes-directed production of ‘Richard III’ that drew a great deal of acclaim. 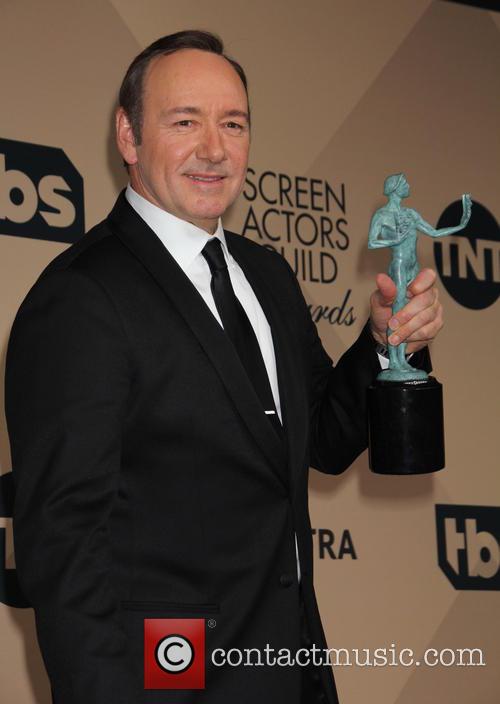 Kevin Spacey is to host the 71st Tony Awards in June

He appeared in the Broadway and West End productions of 'Long Day’s Journey Into Night' opposite Jack Lemmon, and he was given an Olivier Award for Best Actor for his performance in 'The Iceman Cometh'.

Now, he’ll get the chance to honour the next generation of stage stars as he hosts the 71st Tony Awards when they take place on June 11th, which will be broadcast on CBS from New York’s Radio City Music Hall.

“I was their second choice for The Usual Suspects, fourth choice for American Beauty and 15th choice to host this year’s Tony Awards. I think my career is definitely going in the right direction,” Spacey said in a statement in typically self-deprecating style. “Maybe I can get shortlisted to host the Oscars if everyone else turns it down.”

It’s a job that requires some degree of singing and dancing – something for which he’s not primarily known. However, he did star as Bobby Darin in 2004’s Beyond the Sea. He also got up on stage to join Billy Joel at Madison Square Garden recently for ‘New York State of Mind’.