After receiving eight Golden Globe nominations in the past, Kevin Spacey was finally victorious at Sunday evening's star-studded awards ceremony, held at The Beverly Hilton in Los Angeles, as he took home the win for best actor in a television Series for 'House of Cards.' 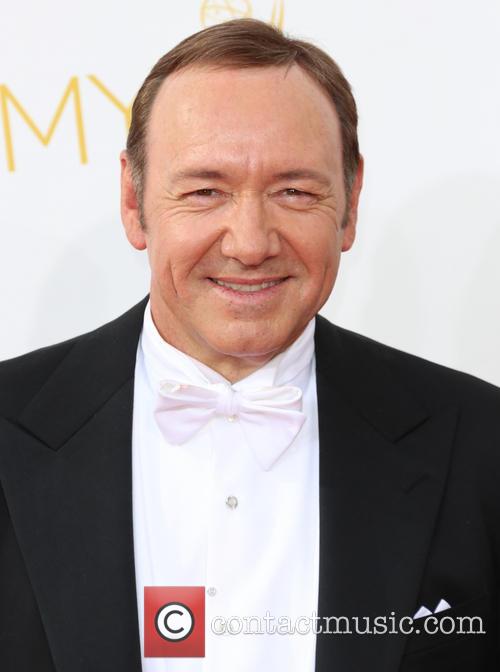 While addressing the audience in the Southern accent of his character from the dark political thriller, the 55-year-old actor said, "This is just the beginning of my revenge."

"This is the eighth time I've been nominated," Spacey added, with a stern look on his face. "I cannot f**king believe I won."

More: Everything Is Ten Times More Stressful In The New "House of Cards Trailer"

After the camera quickly focused in on the A-list audience's reactions, catching 'Orange is the New Black' star Uzo Aduba with her mouth wide open in utter shock, Spacey then became very emotional when talking about the late director-producer Stanley Kramer, who he called "one of the great filmmakers of all time."

The 'Usual Suspects' actor recalled how after he once praised Kramer, who passed away in 2001 from pneumonia, about his extensive body of work, the 'High Noon' producer said to him, "Thank you so much for saying that, that means so much to me. I just wish my films could have been better."

"As I stand here tonight as someone who has enjoyed such an extraordinary career and in large measure because of the people in this room," he continued. "I just want it to be better, I just want to be better, but this is very encouraging. Thank you very much."