Frank Underwood Is Back In 'House Of Cards' Season Four Trailer

“They say we get the leaders we deserve. America deserves Frank Underwood.”

The trailer for Netflix’s ‘House of Cards’ premiered during Sunday’s Golden Globes' ceremony and it’s fair to say that Frank Underwood is most definitely back and badder than ever. Kevin Spacey’s character is shown sitting at his desk in the Oval office during the clip, where he proclaims ‘America deserves Frank Underwood’. 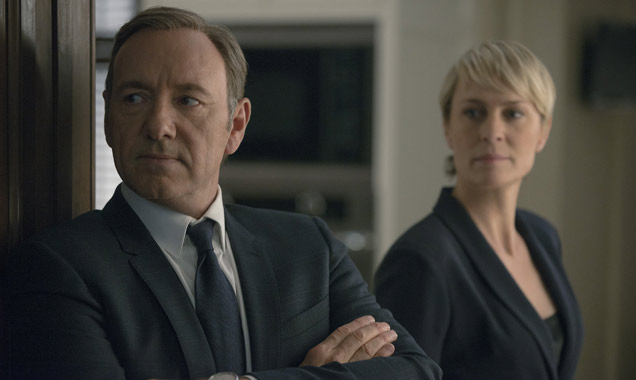 Kevin Spacey and Robin Wright in ‘House of Cards’.

“They say we get the leaders we deserve,” Spacey as Underwood begins. "Well, here's what I think America deserves: a leader who's not afraid to look you in the eye and tell you what he believes.”

"I've never forgotten where I came from. I've taken my licks, but I've never taken your support for granted. I believe in pointing people in the right direction, but in the end, we should all be free to make our own decisions," he continues.

"They say we get the leaders we deserve. I think America deserves Frank Underwood. And in your heart, you know I'm right.” The trailer also featured clips from throughout the series, reminding us of all the horrible things Underwood has done so far (including urinating on a grave).

‘House of Cards'’ fourth season will premiere on Netflix on March 4th. But if you can’t get enough of Underwood, Netflix has also set up and all-too-real feeling ‘Frank Underwood 2016’ campaign website, where the political monster lays out his policies and generally makes you glad it's all just fiction.