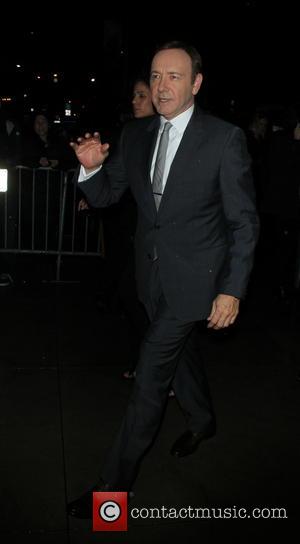 House of Cards is the most watched show on Netflix at the moment, and with all the critical backing and plaudits being rewarded to the show then it is easy to see why the original author of the book, Michael Dobbs, is happy with how things are going.

Dobbs was speaking on BBC's Daily Politics yesterday (Feb 12) when he gushed about the success of the Americanisation of his book, commending star Kevin Spacey as a fitting successor to Iain Richardson, who played the nefarious Francis Urquhart (now known as Underwood in the Netflix version) in the original BBC series from 1990. Dobbs went on to comment on how Netflix had "poured so much money into" the 13-episode series, which exceeds the original series by nine episodes. He said that the new show has embodied the "true to the spirit" of the book with its spendthrift attitude and lavish values, as it demonstrates what the show is really about - capital - before adding that he would describe the update as "The West Wing for werewolves... it will keep people awake at night".

With Arrested Development series 4 coming along soon, you could forgive people for constantly hailing Netflix's approach to delivering their series as the 'future of television'. Given House of Cards' success, who can be blamed for thinking this? The future may already be here.