Smith Slams Singer's Superman For Not Being Gay Enough 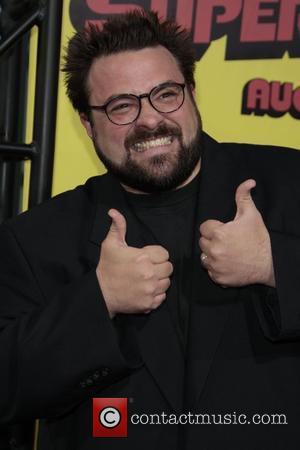 Comic book fan and movie-maker Kevin Smith has hit out at Bryan Singer's new SUPERMAN RETURNS blockbuster - because the Man of Steel isn't "gay enough." Smith wrote a script for an aborted Superman project before X-Men director Singer signed on to take charge of the summer smash hit and he's disappointed his peer didn't make the comic book superhero more gay. The CLERKS director says, "I love X-Men and X-MEN II. I think X-Men 2 is a fantastic comic book movie, and I love the fact that that dude (Singer) knows how to make a popcorn movie, but he likes to throw a little enlightenment in there. "You look at the X-Men movies and it's an allegory for what it's like to be gay, like, if you take the word 'mutant' out of that movie and stick 'gay' in, the movie still works. "I was really looking forward to him doing the third one because it would be an out-and-out gay fantasia - I was hoping that the dude would go for a kind of Brokeback Mutant kind of movie, but he opted to do Superman. "I thought he'd make a really gay Superman but he didn't; it was more JESUS' Superman... - a lot of Messianic poses and what not and I was hoping for a little more gay action."