Kevin Smith has revealed he wrote a Superman movie for Ben Affleck to star in, but a fallout scuppered with a producer his plans.

Kevin Smith wrote a Superman movie for Ben Affleck back in the 1990s.

The 51-year-old filmmaker penned a script based on 'The Death of Superman' comic book series specifically for the then up-and-coming Affleck in mind, but producer Jon Peters wanted Sean Penn for the role.

Kevin said: "I was writing it for Affleck. Ben was heating up. Like he was there. I think he'd been hired for 'Armageddon'. Affleck, he's a f***ing giant, like he's built like a superhero, built like a giant action figure, particularly with the height. And then he puts on the muscles there too. So in my head and heart, it was always Ben and Michael Rooker [as Lex Luther]."

The acclaimed director - who came to prominence with the low-budget comedy film 'Clerks' in 1994 - claimed that Peters wanted to "reinvent" the role of the DC superhero.

Speaking on Yahoo Entertainment's 'The Never-Weres' series, he explained: "[Jon Peters] goes, 'Look in [Penn's] eyes in [‘Dead Man Walking’], he's [got] haunted eyes, the eyes of a killer,'" Smith explained. "And I was like, 'Dude, it's Superman. You know, that's not how most people think of Superman'... But he wanted to reinvent it. He wanted something gritty, graphic, and grown-up. He essentially wanted like what Zack Snyder eventually did [in 'Man of Steel', 'Batman v Superman', and 'Justice League']."

In the end, 'Beetlejuice' director Tim Burton took the reins of what was titled 'Superman Lives' and cast Nicolas Cage in the title role, but the movie was ultimately shelved. 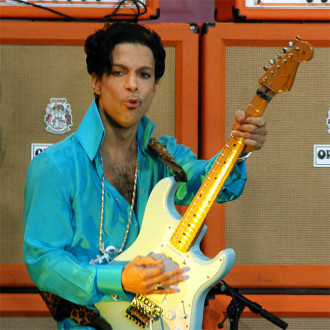